A Brief History of BPAIIG

The British Paediatric Allergy, Immunity and Infection Group (BPAIIG) is an affiliated speciality group of the Royal College of Paediatrics and Child Health (RCPCH) . Members of the BPAIIG are actively involved in the clinical care of children as well as in research and development of new methods of investigation and treatment of allergic, immune and infectious conditions. Research presentations by trainees are an important part of the Spring and Autumn meetings. Encouraging trainees to proceed in this field is a crucial function of the group. Establishment of the annual Oxford Infection and Immunity Summer Meeting in 2003 under the auspices of BPAIIG and the European Society of Paediatric Infectious Diseases (ESPID), has complemented the BPAIIG rolling training programme. BPAIIG members are also involved with the specialist training of young doctors, via the Allergy, Immunology, and Infectious Diseases CSAC of the RCPCH.

In the early 1970s several specialist paediatric groups were started as subgroups of the British Paediatric Association (BPA). Proposals to start one for immunology arose in conversation between Professor CBS Wood and Professor JF Soothill and the first meeting was convened in 1976. The purpose was to provide a forum for presentation of work on paediatric immunology and immunodeficiency in the UK and to provide a means to encourage research and the dissemination of information in this important area.

In the mid 1970s the only specialist in paediatric infectious diseases in Britain was Dr WC Marshall who, together with Professor Soothill, recognised the need for an Infectious Diseases Group. This led to the formation of the British Paediatric Immunology and Infectious Diseases Group (BPIIDG) and the first meeting was held in 1981 at the Spring BPA Meeting in York with Professor Soothill, Professor Wood and Dr. Marshall acting as convenors. The late Professor Charles Janeway, former Chief of Paediatrics at the Boston Children's Hospital USA, was influential in encouraging the activities of the Group and attended one of the early meetings. Unfortunately, Dr Marshall died in 1983, his pioneering efforts being recognised in the annual memorial lecture at ESPID. Since 2001 there has been a bi-annual Soothill lecture at the RCPCH Spring meeting, in recognition of Professor Soothill’s work in Paediatric Immunology. After his sad death in 2004, the lecture became the Soothill Memorial Lecture, the first given by his long time colleague, Prof Mac Turner at the York Spring Meeting in 2005.

In 1984, in recognition of the interest and importance of infectious diseases in childhood, Professor Richard Moxon was elected convenor. The proportion of members with an interest in and the number of abstracts submitted on infectious diseases increased substantially over the next several years. The next convenor of the Group was Graham Davies (1990 - 1994), followed by Andrew Cant (1994 - 1999), Mike Sharland (1999-2003), Hermione Lyall (2003 - 2007), Delane Shingadia (2007 - 2012) and Saul Faust (2012-2016). The current convenor of the group is Stephane Paulus. In 2000, to foster interest and recognise the emerging importance of childhood allergic diseases, the name of the Group was changed to the British Paediatric Allergy, Immunology and Infection Group (BPAIIG).

The annual Autumn Meetings of the Group commenced around 1990. Initially, independent meetings were held, but more recently joint meetings with other organisations such as the Public Health Laboratory Service, Federation of Infection Society, European Society for Paediatric Haematology, and the Dutch Paediatric Infection and Immunology Society have been held. 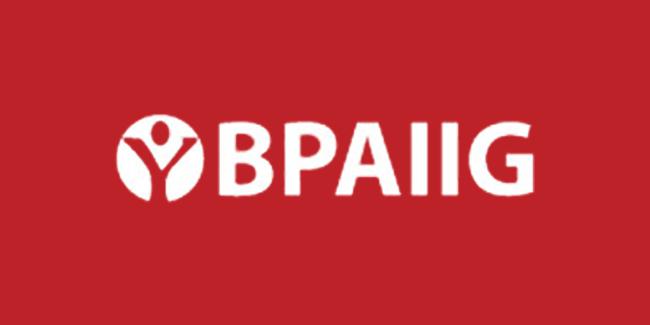